The American poet, critic and publisher T S Eliot was born into a comfortable and historically distinguished family in St Louis, Missouri in 1888. He studied at Smith Academy and then Harvard, where he undertook an eclectic range of courses before settling on a BA in what would now be called Comparative Literature and an MA in English Literature. He spent a year studying at the Sorbonne in Paris, and returned to Harvard to work on the philosophy of consciousness. This can be seen as influential in his earlier poetry, much of which is concerned with fractured perceptions and mental illness. Eventually, he settled in London, where his friend Conrad Aiken initiated one of the most important literary collaborations in Anglo-American poetry by showing Eliot’s work to the poet Ezra Pound. The Waste Land (1922), often treated as Eliot’s masterpiece, was edited into its final form by Pound. Written in the aftermath of a mental breakdown, it is a bleak, disjointed distillation of Eliot’s vast learning. As a writer, he has shaped the literary canon through essays, lectures and his editorship of the journal Criterion, while works such as Practical Cats (1939) show a lighter side to his talent. 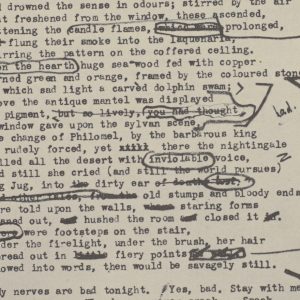 Presences in The Waste Land

T S Eliot's The Waste Land is full of references to other literary works. Seamus Perry takes a look at four of the most important literary presences in the poem: Shakespeare, Dante, James Joyce and William Blake. 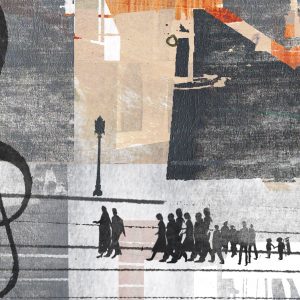 The Waste Land is crowded with voices and music, from ancient Hindu and Buddhist scripture to the popular songs of the 1920s. Katherine Mullin listens to the sounds of T S Eliot's poem.