Wilfred Owen is widely regarded as one of Britain’s greatest war poets. Writing from the perspective of his intense personal experience of the front line, his poems, including ‘Anthem for Doomed Youth’ and ‘Dulce et Decorum Est’, bring to life the physical and mental trauma of combat. Owen’s aim was to tell the truth about what he called ‘the pity of war’. 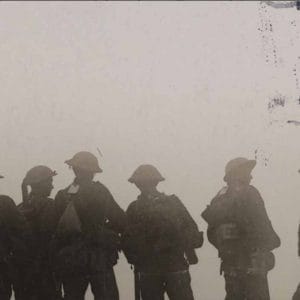 Santanu Das examines the crafting of one of Owen’s most poignant poems, ‘Dulce et Decorum Est’, and shows how Owen’s war poems evoke the extreme sense-experience of the battlefield.