The Pickwick Papers is a series of written sketches by Charles Dickens about a fictional club founded by one Samuel Pickwick; the sketches were intended to be ‘A record of perambulations, perils, travels, and adventures’.

The posthumous papers of the Pickwick Club by ‘Boz.’ (Charles Dickens), No 1, (London: Chapman & Hall, 1836), original serial with blue wrapper,

At the end of the series in 1837 the stories were published as a single novel.

The stories were published in 19 monthly parts, on sale for one shilling, from 1836 to 1837, and they marked the beginning of Dickens’s career as a popular writer. Dickens had been working as a journalist and parliamentary reporter when he was approached by the publishers Chapman & Hall to write the text for a series of sporting illustrations by the artist Robert Seymour. Yet rather than simply illustrating the images with text, Dickens set about writing the beginnings of The Pickwick Papers.  After Seymour tragically died in 1836, Dickens continued the series with illustrations by Robert Buss and Hablot Knight Browne. Each part was issued in a blue wrapper and contained illustrations. At the end of the series in 1837 the stories were published as a single novel.

The British Library owns two manuscripts of small sections of The Pickwick Papers. The larger of the two, Add MS 39182, comprises five folios or leaves and contains the account of the shooting-party luncheon where Mr Pickwick drinks too much punch.

This was published in chapter 19 in the novel and as monthly part 7. The folios are numbered 47–51. Dickens numbered each manuscript instalment separately before it was sent to the printers for the monthly publication. This particular manuscript is written in iron gall ink on wove paper. Iron gall ink is made from tannin (most often taken from oak marble galls produced by the eggs of gall wasps laid on oak trees), vitriol (iron sulphate), gum and water, and is extremely acidic. Indeed, on this particular manuscript it has begun to eat through the paper in places where Dickens has applied more ink when crossing out words and sentences. Wove paper is a uniform paper made in a fine wire mesh tray which does not have lines or watermarks. This type of paper was widely available in England from about 1780.

The British Library owns two manuscripts of small sections of The Pickwick Papers. The larger of the two, Add MS 39182, comprises five folios or leaves and contains the account of the shooting-party luncheon where Mr Pickwick drinks too much punch.

While some writers such as Charlotte Brontë produced ‘fair copy’ or neat manuscripts to send to the printers, Dickens sent his working drafts complete with numerous corrections and crossings out. Once at the printers, Bradbury & Evans, compositors would work with the manuscript and select letters, called ‘moveable type’, and assemble blocks of text from which pages could then be printed. One compositor complained of the ‘thick, spluttering, blue ink, quill-penned manuscript’ sent by Dickens. The number of corrections and the composition of the page suggest that Dickens worked quickly, making changes as he went along. The printed version of the story corresponds almost exactly to the text in this manuscript, which shows that the printers would have worked from these very sheets. This most likely explains why so few manuscripts of The Pickwick Papers survive, because they were used in the printing studio and probably thrown away afterwards. However, other manuscript fragments of The Pickwick Papers can be found in the Berg Collection, New York Public Library (chapter 28), the Dickens House Museum in London, the Rosenbach Museum in Philadelphia and the Morgan Library in New York.

This manuscript is bound with a letter from an early owner, Richard Carbery. The letter is headed 13 Beaufort Buildings on the Strand, London, near where the Savoy Hotel now stands. This was the address of the solicitors firm Tyas & Tyas, and it is likely that Carbery worked here. The 1851 census records a Richard Carbery who was a managing clerk to solicitors, living in Lambeth, south London. He also had a brother, Henry Carbery, who was employed as a reader at a printers firm.  Writing in 1870, Richard Carbery stated that he had owned The Pickwick manuscript for 32 years. It is not clear how Carbery obtained the manuscript in 1838 but it might have come to him from his brother’s printing connections. Carbery sold the manuscript to A J Lewis in 1870. It was subsequently presented by Dame Alice Sedgwick Wernher, later Lady Ludlow, to be sold at the Red Cross Sale at Christie’s in April 1915 (lot 1550) where the British Museum Library (now the British Library) purchased it for £450.

First published in 1843, A Christmas Carol was the first, and the most popular, of Dickens’s series of Christmas books. It is an allegory about a cold-hearted miser, Ebeneezer Scrooge, who is visited on Christmas Eve by the ghost of his dead partner, Jacob Marley. 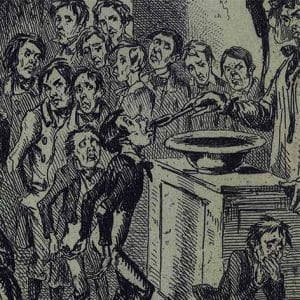 Charles Dickens's Nicholas Nickleby was first published in monthly parts between March 1838 and September 1839. Nicholas's adventures take him to the nightmarish school Dotheboys Hall, home of the brutal schoolmaster Wackford Squeers – one of Dickens's greatest grotesques. 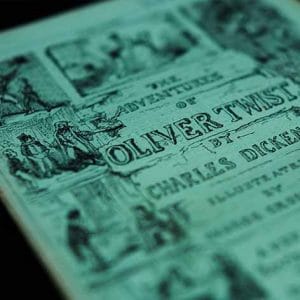 Oliver Twist is Charles Dickens's second novel, and is about an orphan boy whose good heart helps him escape the terrible underworld of crime and poverty in 19th-century London. Balancing suspense, melodrama, pathos and humour, it paints a picture of a city tainted by social deprivation. 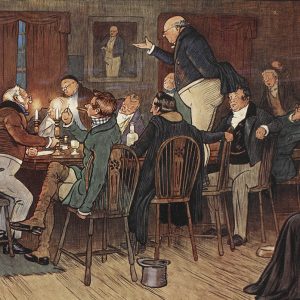 The Pickwick Papers and the making of Charles Dickens

For the first 20 months of its extraordinary career, the book that the world now knows as The Pickwick Papers – the most popular work of British fiction in the 19th century, and a comic masterpiece that in a very real sense made its author’s name – did not look much like the imposing brick