Sherlock Holmes is perhaps the most popular detective in literary history, famous around the world for his brilliant analytical skills and his ability to sort carefully through the subtleties of complex clues. Inspiration for the character came from one of Conan Doyle’s medical professors, Joseph Bell of Edinburgh, who had ‘the most remarkable powers of observation’. While other fictional detectives, Conan Doyle stated, obtained their information by chance rather than science, in his detective fiction he wanted science to ‘take the place of chance’. The first novel featuring Sherlock Holmes was published in 1887; the character would subsequently appear in three more novels and 56 short stories.

Even if you’ve never read the original books, chances are you can picture Sherlock Holmes. The pipe, magnifying glass and deerstalker hat. The flat at 221B Baker Street in central London (now a museum). The faithful companion, Watson, and the arch-enemy, Professor Moriarty. Crimes that leave the police dumbfounded, only to be solved by the most brilliant detective the world has ever known. In the years since the original ‘Holmes canon’ was written, from roughly 1886 to 1927, the legend has been burnished by franchises such as the BBC’s Sherlock starring Benedict Cumberbatch, in which the great investigator comes back to life in the 21st century, ready to grapple with a new generation of criminal masterminds.

Benedict Cumberbatch as Sherlock Holmes with Martin Freeman as John Watson in the BBC series Sherlock.

It might come as a surprise that the creator of this most enduring of English literary icons wasn’t English at all, but Scottish. Arthur Conan Doyle was born in Edinburgh in 1859, and as a young child was sent away to a Catholic boarding school, which he hated. Like a number of middle-class Scottish boys of his generation, he opted to study medicine, and entered Edinburgh Medical School in 1876.

Although this, too, seems a world away from his later writing, in fact it was one of his professors at Edinburgh, an expert in medical diagnostics called Joseph Bell, who seems to have been the inspiration for the master sleuth Holmes. Bell claimed not only to be able to diagnose a patient’s disease from scientific observation, but their background and job – carefully noting such details as a sailor’s gait or a housemaid’s callused hands, and using these to build up a portrait of what lay behind an illness. Conan Doyle’s autobiography also recalls the influence of his mother, herself a talented and lively storyteller. And by the time he entered medical college he had begun writing, publishing a few stories in small literary magazines.

Sir Arthur Conan Doyle explains how the idea for Sherlock Holmes was conceived. The interview was recorded on 14 May 1930.

In 1885, he married his first wife, Louisa Hawkins, and all seemed set for a conventional life as a doctor. But Conan Doyle had other ambitions, and by 1886 he had completed what would become the first Sherlock Holmes story, ‘A Study in Scarlet’. Opening with a mysterious murder in a London town house, which turns out to relate to events in Salt Lake City in the distant west of the United States, it introduces elements now familiar to millions of readers worldwide ­– the idiosyncratic but supernaturally intelligent Holmes (a violin-playing, cocaine-using freelance ‘consulting detective’), his faithful companion and assistant Watson, the well-meaning police inspector Lestrade, and a crime so fiendishly complex that only Holmes can solve it. Even so, the story was almost totally ignored when it came out. So too was the next Holmes tale, ‘The Sign of Four’ (1890). The author himself much preferred his novel Micah Clark (1889), a coming-of-age story set in 17th-century Scotland. Much later it was revealed that Holmes had very nearly not been called ‘Holmes’ at all, but ‘Sherrington Hope’.

Illustration of Sherlock Holmes for the story ‘the Norwood builder’.

A portrait of Sherlock Holmes surrounded by illustrations of scenes from his adventures.

Even though the reception of the first two Holmes stories was muted, the detective’s fame grew, particularly in the United States. When Conan Doyle wrote two further stories for The Strand Magazine, they were an enormous commercial success. The artist Sydney Paget’s alert and sharp-featured depiction of the detective fixed the image in readers’ minds. He was a sensation.

Paradoxically, this put Conan Doyle in a quandary that was to last the rest of his life. On the one hand, Holmes was becoming a cult, readers begging the author to come up with more and more material on top of the stories he had already penned. On the other, he had only ever intended to write detective thrillers as commercial potboilers. Their success seemed likely to distract from his more ‘serious’ novels and stories.

What followed was one of the most infamous incidents in 19th-century literary life. Determined to rid himself of his hero, Conan Doyle dispatched Holmes in 1893’s ‘The Final Problem’ by having him engage in an apparent fight to the death with Moriarty at the Reichenbach Falls in Switzerland. The diary entry for the day the author completed the story reads, with a mixture of exhaustion and relief, ‘Killed Holmes’. He would devote himself to historical fiction, completing a number of novels and plays in coming years.

Yet readers refused to take things lying down, and mounted a campaign to have Holmes resurrected. Conan Doyle did his best to ignore it, travelling widely and, in early 1900, volunteering as a doctor during the Boer War then raging in South Africa. Later that year, he published a best-selling account of the conflict. He was also concerned with his own political ambitions, which resulted in two failed attempts to be elected as a member of Parliament. There were concerns closer to home, too: Louisa had been diagnosed with tuberculosis, and was ailing. After her death in 1906, he married a woman he had met and most likely fallen in love with many years before, Jean Beckie.

In 1901 Conan Doyle took the fateful decision to include the character of Holmes in a novel he had been toying with, The Hound of the Baskervilles, inspired by trips he made to Dartmoor in the south-west of England with a young journalist called Bertram Fletcher Robinson. ‘It is a great place, very sad & wild’, he wrote in a letter – a Gothic atmosphere that seeps into this gloomy saga of unexplained deaths and an apparently wild beast on the loose. To get past the awkward fact that Holmes was meant to have expired at the Reichenbach Falls, Conan Doyle placed The Hound in an earlier timeframe.

He displayed no such worries in the next story he wrote, ‘The Adventure of the Empty House’ (1905), which depicts Holmes reappearing in London in disguise and casually explaining that only Moriarty had died at the Falls that day, while he himself had escaped (sharp-eyed readers note that Watson never actually witnesses the incident). The series would continue for the next 25 years.

By the time it was complete in 1927, some 56 stories and four novels had been published, and Conan Doyle was one of the most widely read and translated writers of his generation. ‘The Adventure of the Missing Three-Quarter’ came soon after The Hound in 1904, and relates the story of an Oxford student’s inexplicable disappearance. One of the last tales, ‘The Adventure of the Retired Colourman’ (1926), unusually features Watson in a starring rather than supporting role, on the case of a suspicious art dealer and his missing wife.

This is the meticulous manuscript for one of Conan Doyle’s 56 Sherlock Holmes short stories, ‘The Adventure of the Missing Three-Quarter’, first published in 1904.

Despite his immense fame and wealth, Conan Doyle remained irked by the fact that his literary writings were not taken more seriously, and threw himself into a huge number of side projects, notably sport and outdoor pursuits (legend has it that he introduced Norwegian downhill skis into the Swiss Alps).

He also regarded his most important public work to have been in ‘spiritualism’, based on research supposedly demonstrating that the souls of the dead could be contacted by the living, which had become fashionable in England partly because of the devastating toll of the First World War. Perhaps influenced by the fact that his own son, Kingsley, died in 1918 in the great influenza epidemic that year, Conan Doyle poured endless time and money into ‘the psychic question’, and published a series of increasingly eccentric books, notably The Case for Spirit Photography and The Coming of the Fairies (both 1922) and The History of Spiritualism (1926).

On the author’s death in 1930, the Royal Albert Hall filled with fans, who took part in a huge séance in his honour. By then, his literary immortality was already assured: according to The Guinness Book of Records, Sherlock Holmes is the most portrayed movie and TV character of all time. 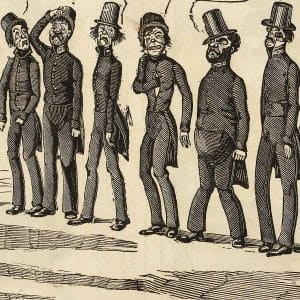