Emily Brontë was the fifth of the six children of Patrick Brontë, Irish-born perpetual curate of the remote Yorkshire moorland parish of Haworth. Best-known for her novel Wuthering Heights (1847), Emily also wrote over 200 poems which her sister Charlotte Brontë thought had ‘a peculiar music – wild, melancholy, and elevating’. Emily’s work first appeared in print when, on Charlotte’s urging, a collection of the three sisters’ poems was privately published in 1846 under the names of Currer, Ellis and Acton Bell; outstanding among them is Emily’s ‘No coward soul is mine’.

Wuthering Heights, which was published in 1847, is reminiscent of Gondal in its moorland setting and passionate war between two families. One review dismissed it as ‘coarse and loathsome’. Emily began another novel, but it was destroyed by Charlotte after Emily’s death, aged 30, from tuberculosis in December 1848. Wuthering Heights was only rescued from obscurity in the 1880s, championed by Algernon Swinburne, Matthew Arnold, and G K Chesterton, who described it as ‘written by an eagle’. 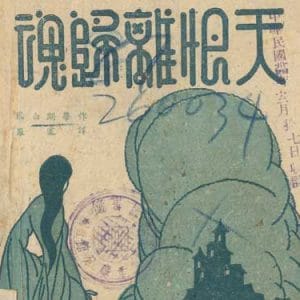 ‘… [A]s much soul … and full as much heart’: Translation and Reception of the Brontë Sisters in China

This article tells the story of the Brontë sisters in China since the first translation of Jane Eyre was published in 1925. It charts the rise, fall and rise of their literary fortunes in China, where they are now read, studied and beloved as if they were the Chinese very own.