The Canterbury Tales is one of the best-loved works in the history of English literature. Written in Middle English, the story follows a group of pilgrims who are travelling the long journey from London to Canterbury Cathedral. At times humorous and rude, at others moral and reflective, the Tales have been enormously popular since their very first publication. 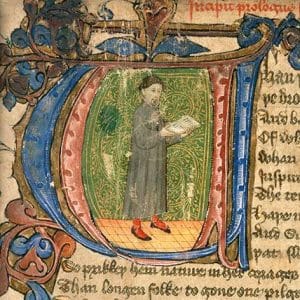 Chaucer’s long poem follows the journey of a group of pilgrims, 31 including Chaucer himself, from the Tabard Inn in Southwark to St Thomas à Becket’s shrine at Canterbury Cathedral. The host at the inn suggests each pilgrim tell two tales on the way out and two on the way home to help while away their time on the road. The best storyteller is to be rewarded with a free supper on their return.

This literary device gives Chaucer the opportunity to paint a series of vivid word portraits of a cross section of his society, from a knight and prioress, to a carpenter and cook; a much-married wife of Bath, to a bawdy miller – an occupation regarded in Chaucer’s day as shifty and dishonest. Chaucer mixes satire and realism in lively characterisations of his pilgrims. The tone of their tales ranges from pious to comic, with humour veering between erudite wit and good honest vulgarity. Taken together, the tales offer a fascinating insight into English life during the late 14th century.

Chaucer began the tales in 1387 and continued working on them until his death in 1400. Chaucer’s original plan was for over 100 stories, but only 24 were completed, some of which had already been written for earlier works. Their order varies in different surviving copies, the Hengwrt manuscript being valued most for its accuracy. No text in Chaucer’s own hand still exists, but a surprising number of copies survive from the 1500s – more than 80. This suggests that the tales were enormously popular in medieval England.

This version of the Canterbury Tales was among the large manuscript collection assembled by father and son, Robert and Edward Harley, successive Earls of Oxford in the first half of the 18th century. The rich and diverse collection of the Harleys was built with the help of Humfrey Wanley, a distinguished scholar who served as their librarian. Twelve years after Edward Harley’s death in 1741, the Countess of Oxford and her daughter sold the Harley Library to the nation, and it became one of the three foundation collections of the British Museum Library, now the British Library.

The General Prologue to the Canterbury Tales, with full length portrait of Chaucer in the initial.

The frontispiece portrait of Caxton’s first edition of the Canterbury Tales, 1476.

Ere begynneth the tales of Canterburye
Whan that Aprill with his shoures soote
The droghte of March hath perced to the roote,
And bathed every veyne in swich licour
Of which vertu engendred is the flour,
Whan Zephirus eek with his sweete breeth
Inspired hath in every holt and heeth
The tendre croppes, and the yonge sonne
Hath in the Ram his halve cours yronne,
And smale foweles maken melodye,
That slepen al the nyght with open ye
(so priketh hem Nature in hir corages),
Thanne longen folk to goon on pilgrimages,
And palmeres for to seken straunge strondes,
To ferne halwes, kowthe in sondry londes;
And specially from every shires ende
Of Engelond to Caunterbury they wende,
The hooly blisful martir for to seke,
That hem hath holpen whan that they were seeke.

The popularity of the Canterbury Tales may well be due to the fact that they were written in Middle English, as opposed to French, Italian or Latin. Earlier Anglo-Saxon poetry, such as Beowulf, had been succeeded by a taste for French literature, in large part the result of England being ruled by Norman French kings after the Conquest of 1066. Even by Chaucer’s day, the royal court was still bilingual.

Chaucer had travelled in Spain and Italy, and was influenced by contemporary European literature as well as the Latin and Greek classics. His first works are either translations of French originals or much influenced by them. Later, Chaucer’s writing picked up an Italian flavour through his diplomatic visits there. Finally, he blended French, Italian and classical influences into a truly English style in two great works: Troilus and Criseyde and the Canterbury Tales.

Continuous publication of the Canterbury Tales since Chaucer’s death, and the inspiration it has provided for other writers and artists, are testimony to the enduring appeal of his characters and their stories: proof that people’s hopes and fears – and the English sense of humour – are little changed by six centuries of history.

Chaucer was born in London, around 1345, into a well-connected family of wine merchants. As a young teenager he was taken into an aristocratic household. Still in his teens, he fought in Edward III’s army in France. During an attack on Rheims, Chaucer was taken prisoner, but released after a ransom was paid, in part by the King himself.

By 1367, he had entered royal service under the patronage of the King’s son, the powerful John of Gaunt, Duke of Lancaster. When the Duke’s wife died two years later, Chaucer composed the ‘Book of the Duchess’ in her memory – his first known poem.

For the rest of his life, Chaucer’s fortunes were tied to the political intrigues of court life. While John of Gaunt’s influence was in the ascendant he did well, obtaining generous pensions and lucrative administrative appointments, such as Comptroller of the Custom and Subsidy of Wools, Hides and Woodfells. Diplomatic duties took him to France and Italy, where he became familiar with the works of Dante, Petrarch and Boccaccio – authors who would inspire his own poetry.

When Edward III died in 1377, he was succeeded by his young grandson, Richard II. As the new King’s uncle, John of Gaunt’s authority grew stronger – much to the advantage of Chaucer, who reached the top of his public career when he became one of the two knights for the county of Kent in 1386.

But a turbulent power struggle between John of Gaunt and Thomas of Woodstock, Duke of Gloucester, would soon lead to a decline in Chaucer’s circumstances. His last years were spent using his court connections to secure protection from his creditors as he waited for royal pensions to be paid. Chaucer died in 1400.

In 1476, William Caxton introduced the printing press to England, revolutionising forever the way that books were created. Among his earliest books are two magnificent editions of the 14th-century classic, the Canterbury Tales: the first published in 1476 and the second, illustrated with woodblock prints, in 1483.

Caxton was born in Kent, probably in the early 1420s. As a boy he was apprenticed to a prominent London businessman. This was the beginning of a long career as a successful merchant. For a significant part of his active life he was based in Bruges, in Flanders (present-day Belgium). Bruges was an immensely prosperous trading centre where merchants from all over Europe, and even from the Middle East, met to do business. It was one of the main cities of Flanders, ruled by the Dukes of Burgundy. In the early 1470s Caxton also spent some time in Cologne, where he first engaged with the newly invented process of printing books.

Around 1473, probably in Bruges, Caxton was responsible for the first book to be printed in English. Late in 1475 or early in 1476 he returned to England and settled in Westminster. There he set up the first English press, and the first substantial book produced by him in England was, in all probability, Geoffrey Chaucer’s Canterbury Tales. The Tales were already established as a well-loved classic, and it seems a shrewd choice for Caxton to make this work the first big project for his English book production. He could expect it to sell well. Caxton produced smaller items at the same time, including a printed letter of indulgence. (Indulgences were remissions of sin, awarded by the Catholic Church in exchange for a donation of money.)  This would have ensured a decent cash flow while Caxton was engaged on the larger project.

Caxton printed all kinds of texts: mythic tales, popular stories, poems, phrasebooks, devotional pieces and grammars. Thanks to the invention of printing, books became quicker to produce and cheaper to purchase – although they were still a luxury. An ever-increasing number of writers were able to publish their works, literacy rates rose, language gradually became more uniform and an early form of modern English began to emerge. 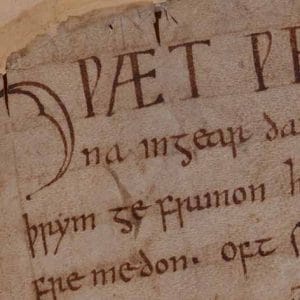 Beowulf is one of the earliest surviving literary texts from the English-speaking world, and it tells the story of the exploits of its eponymous hero and his battles with a monster named Grendel; with Grendel's revengeful mother; and with a dragon, guardian of a hoard of treasure. 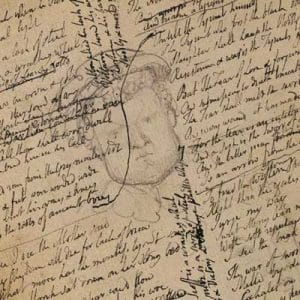 William Blake is famous today as a visionary poet, painter, engraver and mystic. But his work, especially his poetry, was largely ignored during his own lifetime and took many years to gain widespread appreciation. 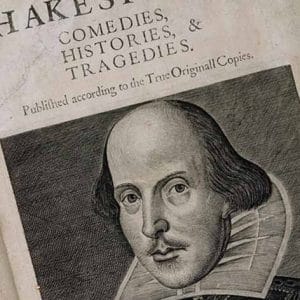 Compiled seven years after Shakespeare’s death, the First Folio, entitled Mr. William Shakespeare’s Comedies, Histories, & Tragedies, contains 36 plays. For over 400 years the versions of the plays recorded in the First Folio and the earlier, cheaply printed quarto editions have been used by actors