Breaking the News, supported by Newsworks, is a new exhibition examining the role news plays in our society. Delving into the national collection of news, housed at the British Library, the exhibition explores issues of choice, interpretation, truth and trust in the media.

Spanning five centuries, Breaking the News goes beyond physical newspapers and includes newsreels, radio, television, the internet and social media. It interrogates what makes an event news, what a free press means, the ethics involved in making the news, what objective news is and how the way we encounter news has evolved.

Presenting historical sources alongside contemporary coverage, from pamphlets reporting on the English Civil War to memes about Brexit, the exhibition reveals that whilst the themes that interest people do not generally change, the form and ownership of news does.

From the first edition of John Milton’s seminal defence of press freedom, Areopagitica (1644), to #BlackLivesMatter, the exhibition spotlights the significant role people play in shaping, consuming and producing the news. It also celebrates those who have pushed boundaries to get a story told, from campaigners Olaudah Equiano and Greta Thunberg to journalists Carole Cadwalladr and Mohamed Amin.

Breaking the News explores 500 years of UK news through a range of stories, exhibits and people, including:

Samira Ahmed, journalist, broadcaster and chair of the Breaking the News advisory panel, said: ‘It might seem strange to think of daily news being the subject of a British Library exhibition but what’s wonderful is that the exhibition shows us how news has always connected us as citizens, from Tudor times to the present. It shows us how confronting the truth, sometimes in the face of official censorship and control, is so valuable, even if sometimes frightening, and highlights the role news plays in helping build a fairer world.’

Luke McKernan, lead curator of Breaking the News at the British Library, said: ‘There has never been a time when news has been so hotly debated, so sought after, and so diverse in its forms. Breaking the News includes stories from the Library’s media archives, which cover more than 500 years of news production. Each story featured in the exhibition tells us something different about why the news matters. We will explore some of the big questions around how we make and understand the news in the UK so that visitors can appreciate, interrogate and cross-compare different media and, ultimately, the role they play within it.’

Jo Allan, CEO of Newsworks, said: ‘Breaking the News is a brilliant exploration of the past, present and future of UK journalism, celebrating the importance of news to British society over the last 500 years.

‘With exhibits and events examining important issues around truth, trust and the significance of journalism in the digital age, we wanted to support the British Library in bringing these discussions to the public.

‘The pandemic and the Russian invasion of Ukraine serve to remind us all of the critical role journalism continues to play in upholding free speech, putting accurate information on public record and holding those in power to account.’

Through the Living Knowledge Network there are Breaking the News displays and events at public libraries across the UK, from Aberdeen and Exeter to Bournemouth and Belfast. Following a nationwide launch at Leeds Central Library, the displays and events draw on each library’s collections and regional connections to celebrate the value of regional news in the heart of communities across the country.

A season of in-person and online events inspired by the exhibition will feature journalists, authors and academics, from a keynote discussion on press freedom hosted by renowned international journalist Isabel Hilton to an evening of satire with writer, journalist and broadcaster Ian Hislop.

Breaking the News: 500 Years of News in Britain, edited by Jackie Harrison and Luke McKernan, explores how news reporting in Britain has written the narrative for pivotal moments in history and is available from the British Library shop.

The British Library is home to the UK’s news collections with British and overseas newspapers dating back to the 1600s and growing collections of radio, television and web news. Each week the Library acquires more than 3,500 different news publications in print, digital and audio-visual formats.

Our newspaper collection comprises more than 34,000 titles from the UK and overseas, or 60 million individual issues, or around 450 million pages, from 1619 to the present day. Since 2010 we have also been building up extensive radio and television news archives, and since 2013 we have collected UK web news. Each week we take in more than 3,500 different news publications, in print, digital and audiovisual forms. Our news collections are accessible to researchers at our reading rooms in St Pancras, London and Boston Spa, Yorkshire, with nearly 50 million digitised newspaper pages available online via the British Newspaper Archive, growing at a rate of over 5 million a year.

Newsworks, the marketing body for the UK’s national news publishers, champions the importance of a free press and leads collaboration across the industry to support the future for trusted journalism. 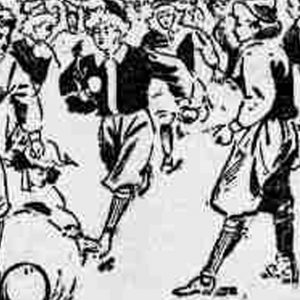 The history of women’s football in the UK

Although women have likely played football for as long as the game has existed, in the UK there has long been resistance to women’s football. Explore the beginnings of the game and the efforts of women rallying for the right to play. 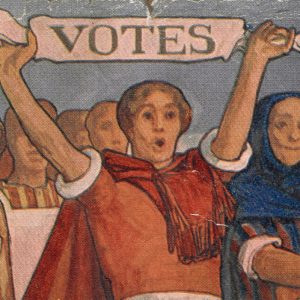 The campaign for women’s suffrage

Discover how suffrage campaigners of the 19th and 20th century secured women's right to vote in the UK. Who was involved in the campaign, what were they fighting for and what methods did they use? 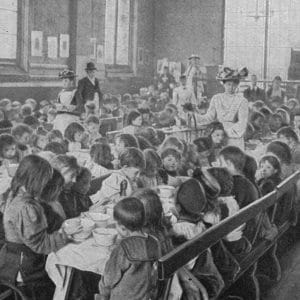